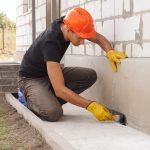 A flooded basement is every Annapolis homeowner’s worst nightmare. The basement is the lowest area in the home so it is the most prone to flooding. At American Eagle, our mission is to effectively waterproof your basement to prevent water damage from occurring in the first place. One of the best lines of defense against […] 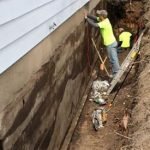 5 Dos and Don’ts For Basement Waterproofing

Basement waterproofing is becoming increasingly popular in Annapolis as homeowners realize the high likelihood that basements will be flooded at some point. Especially living in the Midwest, you know that no one is exempt from disastrous flooding and water damage. Instead of standing ankle-deep in cold water this winter, consider waterproofing your basement. Check out […]

Rainstorms are pretty common, particularly in the Glen Burnie area. For those who’s basements were flooded as a result of this rainstorm, it probably wasn’t near as beautiful. Water built up on the streets and flowed into people’s yards and seeped down into their foundation and into their window wells causing something of a disaster […]

Our team at American Eagle Professional Services is proud to provide basement waterproofing, foundation repair, bowed wall repair, wall crack repair, crawl space waterproofing, sagging floor repair, mold control, and many more services to homeowners in Anne Arundel, Prince George’s, Talbot, and Queen Anne’s Counties in MD. Feel free to fill our our online contact form to schedule an estimate with a member of our team for your project.